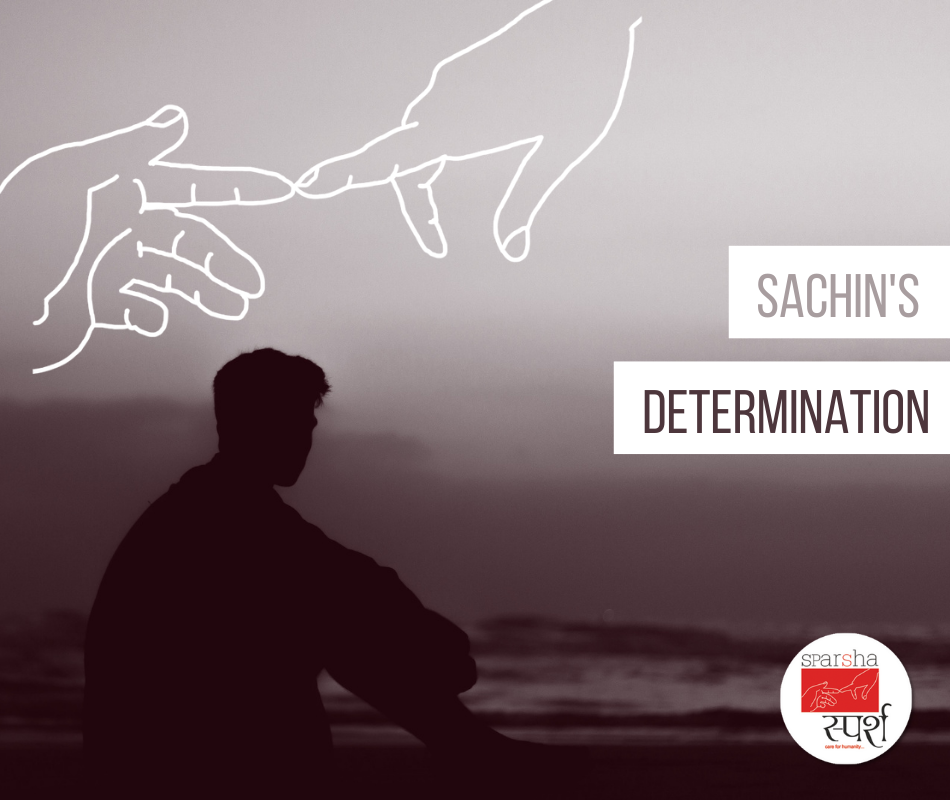 Sachin finally managed a smile as he walked along the promenade. The mighty Arabian sea rolled in jest, belittling the chaos of the city behind him; between his part time job with Western Railways and his college that made his daily routine, he always managed time to return here  - this was his place of comfort, in an otherwise dreary life of drudgery and pain.

Sitting there as he reminisced memories from his childhood, a returning frown shadowed the smile. He had lost his father in his infancy and his mother had struggled to try to care for him and his two siblings. Working as domestic help, she had tried her best to provide for their shelter and daily bread,  but it was never easy for them.

Time seemed like never-ending despair leading him into darkness when he had suddenly felt the caring touch of the SPARSHA.His life took a turn when SPARSHA found him and treated him like their own child. With help from SPARSHA and their amazing volunteers, he managed to complete his primary and secondary school education and even acquired the necessary skills to land a part-time job with the Western Railways.

These eight years with the SPARSHA had transformed his life. He was looking forward to his graduation degree and it was now time for returning the favor. He had started volunteering for SPARSHA in helping and supporting other poor children, but he did not want to stop there.

He was aspiring for his higher education and becoming a pathologist so that he could contribute in his own way to society. But monetary challenges had returned to haunt him. With his meager earnings, he had been barely able to support his family and there was nothing left to fund his higher education.

The very thought of failure completely concealed his smile, his fear of disappointment returned him to the dark past of reality. But the mighty waves of the sea seemed to have read his thoughts and they roared in disagreement, rolling in fury as they repeatedly drenched him.

Sachin got their message and he knew it was time for him to rise and focus on achieving his dreams and support his family.

Although the lessons in self-empowerment had been momentarily forgotten but were not lost… he was SACHIN, the little boy who SPARSHA had trusted to dream big, and he would not disappoint!